We are sorry to report that Bob Enos, longtime trumpet player for Roomful of Blues, died in his sleep in his hotel room in Douglas, Georgia, early Friday morning, January 11, 2008 of suspected heart failure. He was 60. Roomful of Blues had played the Douglas Country Club the previous night. The band was on its way to Fort Lauderdale, Florida on Sunday to perform on The Legendary Blues Cruise. Roomful of Blues is continuing its current tour with former band member John Wolfe taking Enos's place. To read the full Alligator Records press release, CLICK HERE

Streaming Blues Link of the Week 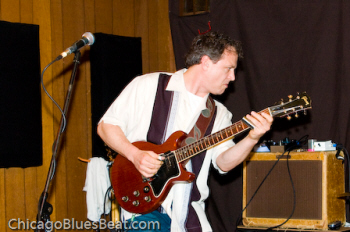 My first visit to Harlem Avenue Lounge in 2008 was to see Nigel Mack & The Blues Attack. When I first saw Nigel’s show he was including Chicago as part of his busy touring schedule, but since about 2003 Nigel has been calling Chicago his home. From this point on then, ChicagoBluesBeat will be referring to this bluesman as a Chicago act. With my love for the city, that is a high compliment. Residence aside, Nigel has long had a great sense of Chicago blues. 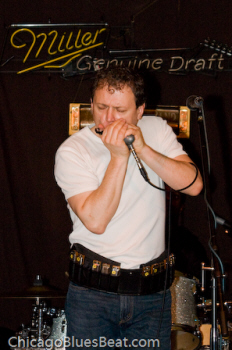 The Blues Attack presented as a trio that included Vic Jackson on bass and harmony vocals and Andrew “Blaze” Thomas on drums. Nigel Mack alone is a trio if you consider his proficiency on vocals, harp and guitar (which includes a stinging slide). Nigel is also an accomplished tunesmith, and he presented some, as yet unrecorded works. One song in particular included a reference to dead presidents, and is all the reason I need to buy the next CD when it comes out. Pat Smillie stopped by and treated us to some of his trademark gutsy R&B singing. Already I’m thinking that this is going to be another great year in Chicago blues. Guitarist, vocalist and all around showman Toronzo Cannon stood in for the third set. It’s always good when Zo shows, but this time he also freed Nigel from his guitar duties, and allowed him to flex his harp muscles.

Also in the house was photographer Kurt Swanson (Soulful Impressions). I have said many times that I am not a photographer, but rather a fan with a cam. You can tell this in person as well, because I use a flash which is both tacky and obnoxious. Besides, what photographer stays for all three sets and drinks a lot? Kurt has some very nice pictures of Nigel Mack on his site, as well as the cover picture of Lurrie Bell on the current Illinois Entertainer. I really have to thank Kurt and the other real photographers I meet every week for their tolerance and yes, support of my passion.

Along with the musicians, and the venues, the photographers are yet another reason to love live blues in Chicago. Bring on 2008!

For further information contact Steve Simon at 340-693-8120
stevesimonlive@yahoo.com  or go to www.stjohnbluesfestival.com

MALKUM GIBSON and THE MIGHTY JUKE 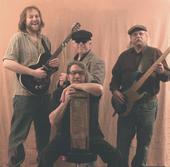 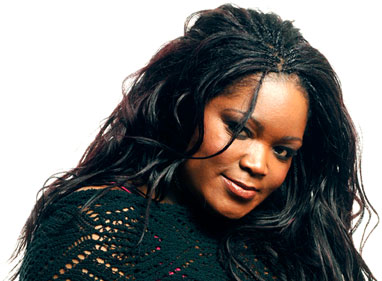